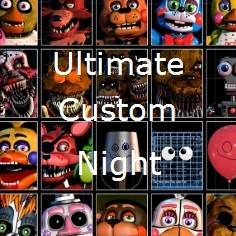 User rating:
All an official info
Download:
ultimatecustomnightgame.net is not an official representative or the developer of this application. Copyrighted materials belong to their respective owners
Get Game 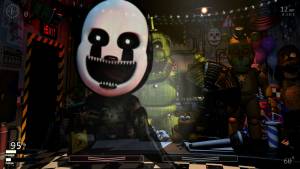 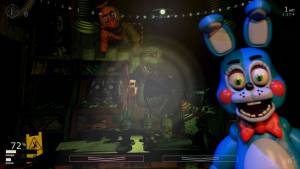 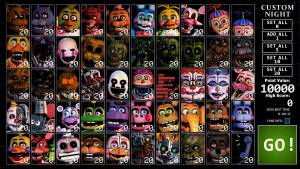 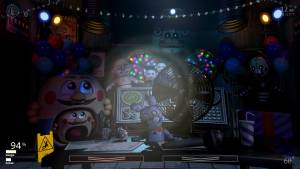 Five Nights at Freddy’s: Ultimate Custom Night Review: Gotta Be Caught by Them All

FNAF: Ultimate Custom Night is a survival horror game. You have to survive the night in a pizzeria, watching some animatronics rise and wander around, trying to reach and kill you. There are some protection methods at your disposal, but what matters most is your constant attention and alertness. Watch them move via cameras and take the necessary steps to protect yourself. FNAF Ultimate Custom Night download links available only for PC.

Five Nights at Freddy’s was such a success mostly because of its love for details and the untold part of the story that was only hinted of. Not only was it a great horror, but also an invitation for co-creation. Integrated both into reality and mass culture clichés, FNAF has few alternatives for a gamer wishing for intellectual games, with something large behind.

And the great part of it was around the animatronics. Each time it was a new story with a horrible background that allowed introducing new ones, each with their own story and recognizable appearance. Now the game gathers them all in the same place, some wishing you right as they’re programmed (though their right is killing), some inclined to kill. This gathering is a good reason to download FNAF Ultimate Custom Night and give it some time.

UCN: What’s On This Time

The Ultimate Custom Night offers much of fun to those fond of the series. As you launch it, you have the selection of 50 animatronics – all of those we know from the previous installment, and some new. Their AI can be adjusted right here, with useful options, like zeroing all, adding 1 point to all of them, setting all to 5, 10, or 20 points.

As you progress, you unlock the other three of the four offices available. There are also power-ups you can buy for Faz-coins, that can keep some animatronics out of the process, lowering the temperature (that keeps some idle), raising battery level to 102% or giving 3 Faz-coins needed for activating protection from some animatronics.

As you start the game, you see the keyboard layout for quick activation of different features, like fan, light, music box (yes, the tune from Part 2 is the same), and other features to check these animatronics or keep them idle. You’ll need to learn these keys if you want to react fast. 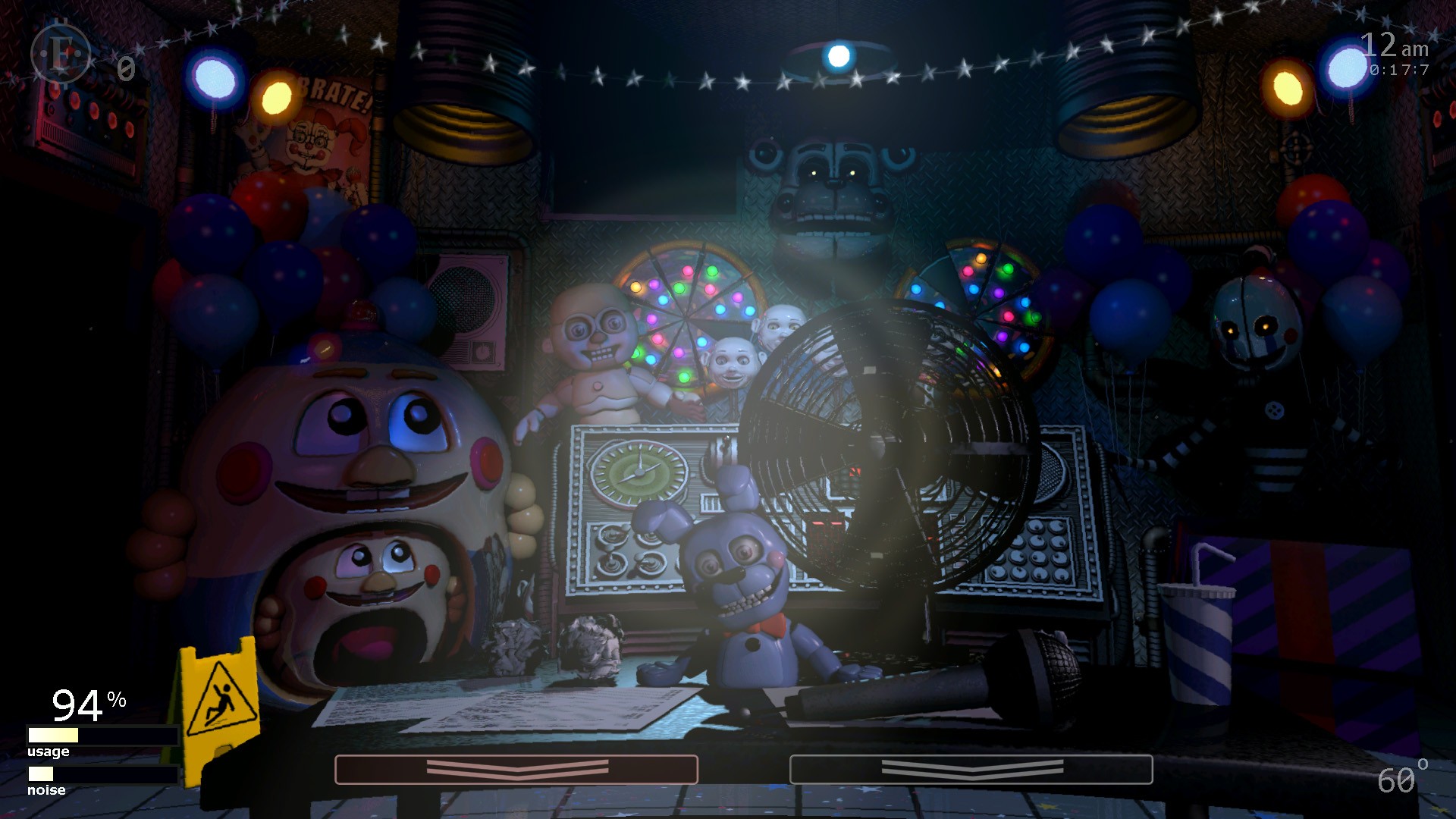 The gameplay is similar to what we saw in other installments, though here it’s much more intense. You only need to stand one night, but it will be harder.

Mac users can survive the lack of FNAF Ultimate Custom Night for Mac just by running Windows on a virtual machine. It will have reduced performance, but, luckily, this game won’t require much of it.

So far there is no console support. So instead of playing FNAF: Ultimate Custom Night for PS4, PS3, or other consoles you’ll have to get back to your PC once again.

You can get UCN from 2 official resources - Steam or GameJold. Links for this sites you can get at Download Page.
If you have a Steam account add this game at your library push the Play Button and the game will be automatically installed at your computer. ​
If you want to install FNAF UCN without Steam platform use Gamejold. Click the "Download" button to get the UCN Launcher. After the file downloads, run it.

In terms of plot, this one is the poorest to contribute to FNAF universe. But as a pure fun piece, it’s quite great. The complexity is the highest, as you have to watch doors, vents, air tubes and other potential doorways for animatronics. There is not just more of them: it’s more than all of them.

As we know, by 2018-2019 Scott Cawthon is all about side projects of FNAF. It includes books (he has already written five together with Kira Breed-Wrisley), a movie already in production, and more spin-off games. In fact, at the beginning of our FNAF Ultimate Custom Night review, we should have emphasized that it’s a game, not any other art piece of the franchise. So we are observing FNAF going mainstream, and no matter what old school fans think of it (spoiler: they never like it), the story gets great.

1. Can You get FNAF Ultimate Custom Night on Steam?

Yes, you can find all the links at our "Download page".

2. Can You get Fnaf UCN on GameJolt?

Yes, you can find all the links at our "Download page".

Yes, you can play UCN online, вut to get started you need to download and install the game from official sources.

4. Can you download FNAF UCN for PC without Steam?

Yes, you can get it at GameJolt.

The game is not available for Android, iOs, PS4, Xbox or other consoles.

The game developer did not give any information on the preparation of FNAF UCN for Android / iOS.

In fact, it’s a bit of fan service from Scott Cawthon. One of the most famous indie developers had once promised not to release sequels to his cult game; well, this one is a spinoff, so the word is kept. It’s pleasant to select the animatronics you like and set the AI, but it all looks like cosplaying the originals. In movie terms, it looks like manufacturing a Chucky doll after Child’s Play release. It’s good to have it as a fan object, but it’s after the story you love, not within it. Yet FNAF: Ultimate Custom Night for PC is a good way to touch the stories you love about FNAF once again. Download FNAF UCN and try it your self.

These links follow to webpage, where you will find links to official sources of Five Nights at Freddy's: Ultimate Custom Night game. If you are Windows PC user, then just click to button below and go to the page with links.

Get Game
Game Development
Order Now
Latest Posts
By continuing to use this site, you agree to our use of cookies, which we use to improve our content, analyze site performance and to deliver personalised content. Click here to learn more.
Accept